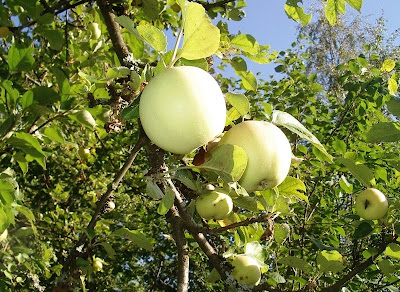 This years Harvest Time of DXing Latin America has begun indeed! Some nice openings to Peru and LaPlata area has been noted.
Particularly interesting conditions has been observed before the current (23-26 August) Coronal Hole distururbance.
On August 20th the conditions favoured more Argentina while on August 21 some interesting stations from Uruguay were noted. As an example of the mixed stations can be seen on the screenshot of an IQ-recording containing pictures at 0230 when Radio Belgrano on 1509.99 was dominating (it has been on this "split" quite a long time) - but soon another station just above it was noted - also from LaPlata - the second screenshot shows the situation at 03.00 when another one was dominanting. After 03 utc with some commercial spots for Maldonado and San Carlos are was heard and a full ID after that ""...15-10 kHz Radio San Carlos, una radio regional cubriendo este y sur del Uruguay.." (Thanks to Henrik Klemetz for checking the ID). 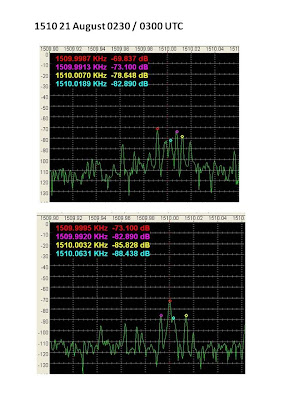 Once again an example how modern SDRs help us to see there is something else on the channel than the normal dominant!
Some other (for me new) stations were noted on August 20-21 like Argentinians 1550 LT23, 1560 LT11 and a few still unidentified Uruguayans on 1520 (pres. one of these was from Uruguay) and 1540 (commercials mentioning Uruguay, tentatively this could be Radio Centro). It seems quite a few new split frequenccies were noted as well. Stay tuned for more info and the station of the month to be revealed soon!
73 TK 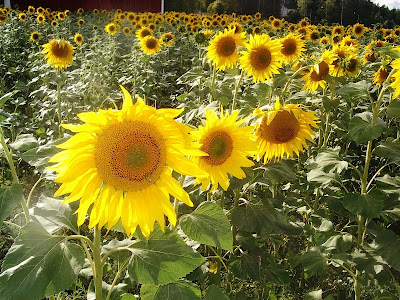 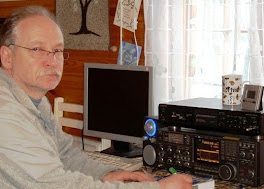